The A.S. Williams III Americana Collection, consisting of thousands of primary source materials on Southern and early U.S. history, recently grew by more than 2,500 titles valued at more than $1.3 million, thanks to a gift of additional materials from the collection’s namesake, A.S. (“Steve”) Williams III, a 1958 graduate of The University of Alabama. 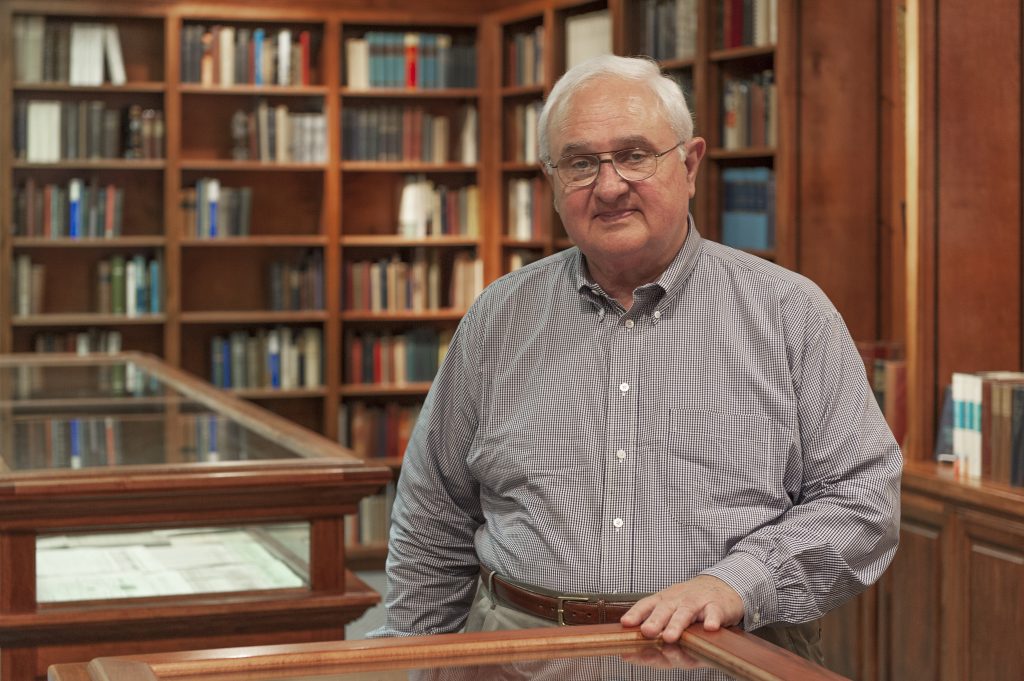 “This new collection has real value because we’re looking at the Revolutionary War through an international perspective,” she said. “This gives different voices to those experiencing the war. It’s also very important for our country to have an understanding of early history and where we come from.”

UA received the first collection from Steve Williams in 2010, which included American history books, manuscripts, and works of art, that had outgrown its 6,500-square-foot home at the Eufaula Athenaeum. The first collection included roughly 20,000 books, more than 15,000 photographs and other documents that relate to the American Revolutionary and Civil Wars, as well as Southern literature and history on American presidents.

“The first collection in 2010 represented over 45 years of his personal effort,” said his son, Jim Williams. “We were all so concerned when he gave the first collection to UA because, without those books and other things, we didn’t know what he was going to do with himself in retirement. But, what he did for the last 11 years of his life, like any true collector, was go out and fill his building in Eufaula a second time.”

What began as an interest in book collecting for Steve Williams during a business trip to Williamsburg, Virginia, blossomed into a full-blown passion. He worked with curators and collectors around the country to grow his collection, including Stephen Rowe, the curator of the A.S. Williams Americana Collection at its original home in Eufaula, where Williams founded the Eufaula Athenaeum. Williams asked Rowe to help relocate the collection to the Eufaula Athenaeum once it outgrew the Williams’ family home in Birmingham.

“He’d asked me to come down to Alabama for a year or two to curate the collection and help get everything organized,” said Rowe, who lived in North Carolina at the time. “I ended up staying here for 16 years.”

Rowe, who still lives in Eufaula, said Williams’s goal with the second collection was to “rebuilt a deeper collection that would complement what was already at The University of Alabama.”

While Williams considered several institutions when contributing his initial collection in 2010, Jim Williams said his father was thrilled that it ultimately ended up at the University, and that his decision was largely influenced by the leadership of UA Libraries at the time.

“My dad was thrilled with the idea of it being in Tuscaloosa because he loves the University,” Jim Williams said. “He and my mother attended the University and met there, and both my brother and sister went there. The University has always been special to our family.”

In 2019, before his death in October 2020, Steve Williams agreed to donate this new collection to the University. It was important to the family to keep the collection together.

“He wanted to find some place that would take everything in the collection, keep it all intact and use it to help people learn,” Jim Williams said.

Madway estimates an additional 2,500 titles will be added to the A.S. Williams Americana Collection, with more than 2,000 materials relating to the Revolutionary War. Rowe is confident there is enough material in both collections to support several graduate-level theses and dissertations.

“A.S. Williams collected for the love of history and cared enough to share his passion with the rest of us,” Madway said. “We admire and celebrate it, and we also want to show researchers and serious scholars that UA is a valuable place to learn about U.S. history.”

The collection will join the initial gift currently on display in Gorgas Library. More information can be found at https://www.lib.ua.edu/collections/williams/.